Today we take a closer look at a postcard in my collection, postmarked 1945, with an intriguing handwritten message.  The postcard is a picture of Dr. Robert Leech Bedell, seated at the organ.  The description on the back of the postcard says that he belongs to A.S.C.A.P., the music publishing organization, and that he is an organist and composer.  It also lists "Recitals -- Church -- Instruction" as his interests.  He apparently used these cards as his stationery for short notes and business purposes, as there's an important message for the addressee, Mrs. Cora Conn Redic, on the other side.

The message is: "Dear Mrs Redic, Have just corrected the 2nd proof on your "Grand Choeur" for the H. W. Gray Co.  Have asked them to send you a copy of the proof-sheet as a souvenir, to be framed with the title page showing your name at the top; where you can hang it in your home or in the room where the club meets.  Yours, Robert L Bedell." 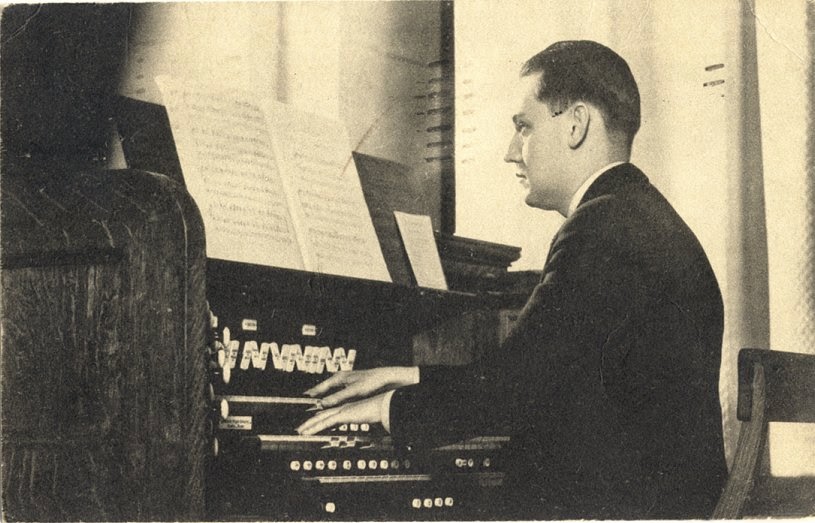 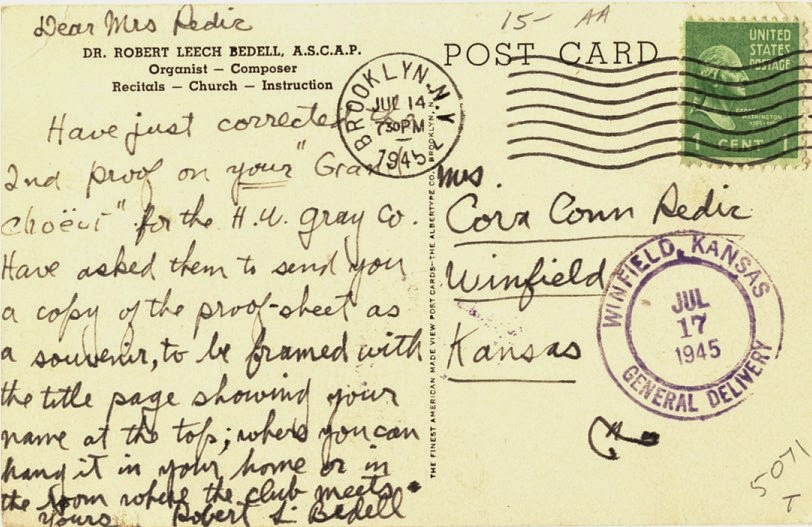 Dr. Bedell was pretty easy to find out about -- he had published several organ works, one of which can be heard on YouTube: https://www.youtube.com/watch?v=n1tLekuSA6Y   (I suppose you could play it in the background while you read the rest of this post).  He was the organist and choirmaster of St. Anne's Episcopal Church and the Brooklyn, NY Institute of Arts and Sciences, and he was the organist of New York Radio Station WNYC, for whom he gave organ recitals from the Brooklyn Museum.  He wrote pieces for full orchestra, string orchestra, piano, varied instrumental combinations, and vocal numbers including anthems, sacred and secular solos.

Mrs. Redic was a little more difficult to track down, but through the intertubes, and the clue on the postcard address of Winfield, Kansas, I found her -- she came to Winfield in 1917 to teach organ at the Winfield College of Music.  She taught there through the absorption of the school by Southwestern College and remained there for 20 years, continuing afterwards at St. Johns College where she taught through 1956.  Over the years her students numbered into the hundreds, and she made two trips to Paris to study at the Paris Conservatory with the famous organist Marcel Dupre.

Mrs. Redic was also the "organ"-izer of the Southwestern Organ Club, documented in the 1944 Moundbuilder Yearbook (really, that was the name of their yearbook), and there's a picture of the club, as well as a picture of her in the faculty section: 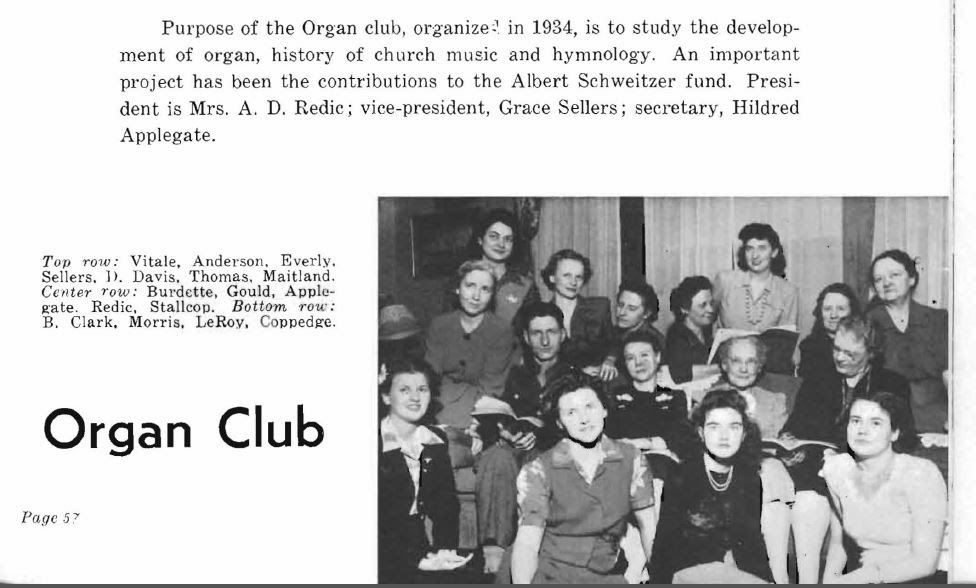 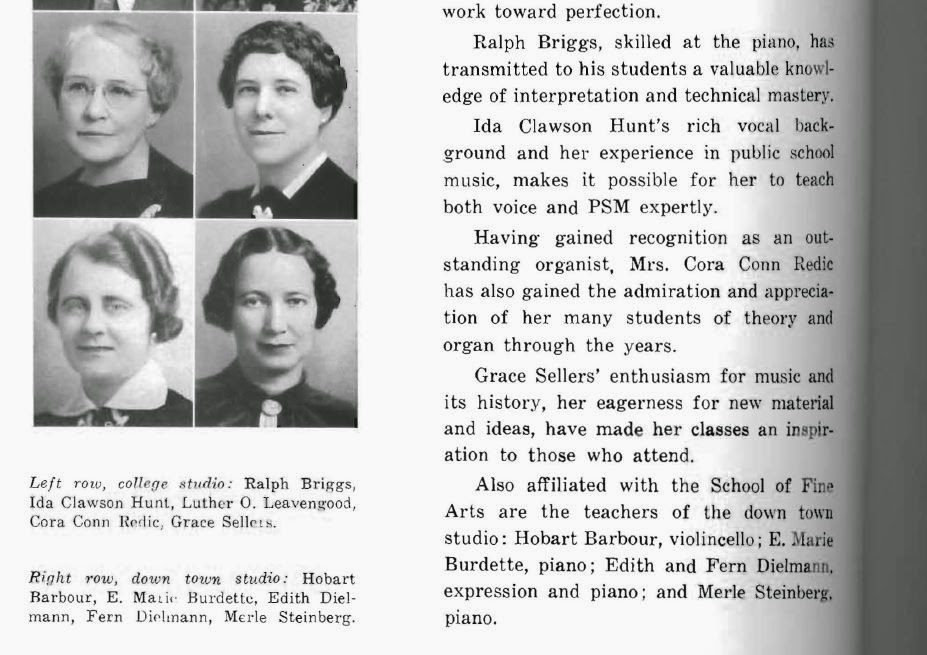 At this point, the trail of her organ work "Grand Choeur" is lost.  I can't find a record of it ever actually being published, or anything else by her, for that matter.  Maybe it only exists on that edited proof copy, corrected by Dr. Bedell...