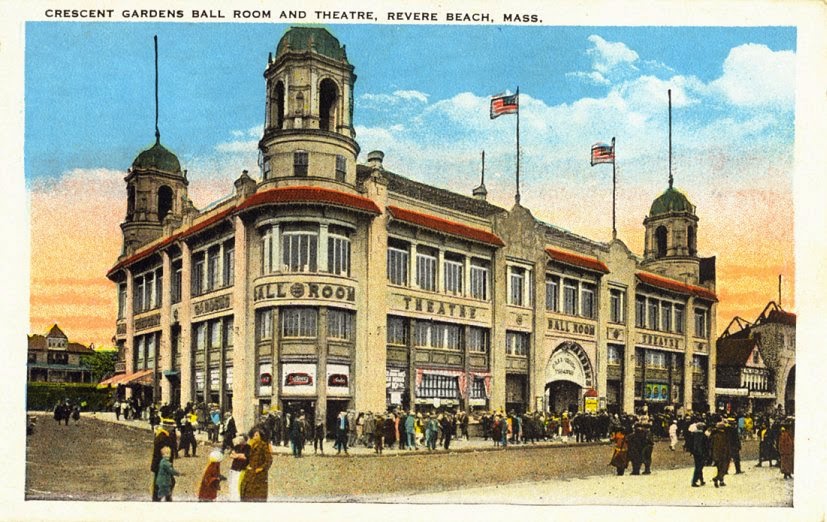 Today's image is from the glory days of seaside amusement parks.  This one is from Revere Beach, Massachusetts, America's first public beach, where the Crescent Garden Ballroom and Theater once stood.  The facility was one of several similar places, including the Nautical Gardens and the Wonderland Ballroom.  The Crescent Gardens Ballroom was built in 1900, and later on all the famous big bands such as Duke Ellington's played there.  It also hosted a number of dance marathons that were big fads in the 1930's.

Similar to the demise of many seaside attractions, fire brought down the building in 1960, long after its heyday.  Here is one of the reports, from the Nashua, NH Telegraph newspaper, March 15, 1960. 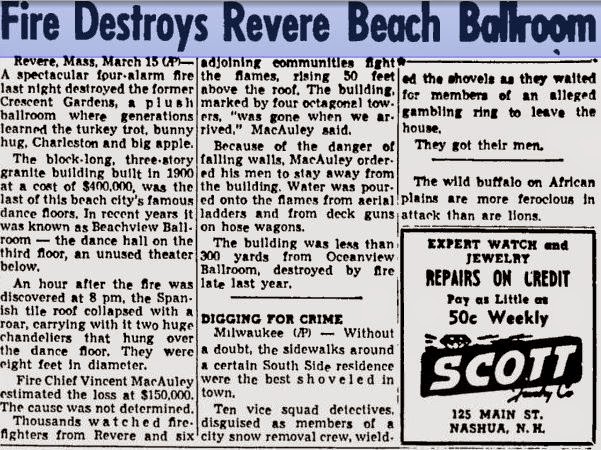 Clicking on the images enlarges them.
Posted by Max at 11:37 AM