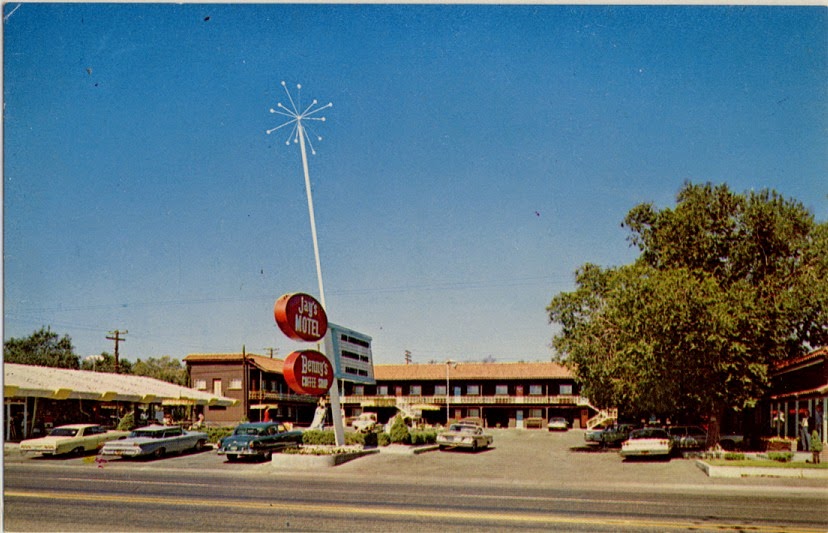 Here's a 1960's chrome card of Jay's Motel and Benny's Coffee Shop, in Elko, Nevada.  I especially like the Googie architecture sign out front, with the ovals framing the names of the establishments and the big "magic wand" with the starburst at the end.

Elko is called the "Heart of Northeastern Nevada," basically because there is nothing else there for miles around.  It's on the highway, though, so there were a number of motels like this one for the folks traveling between Salt Lake City and Reno. 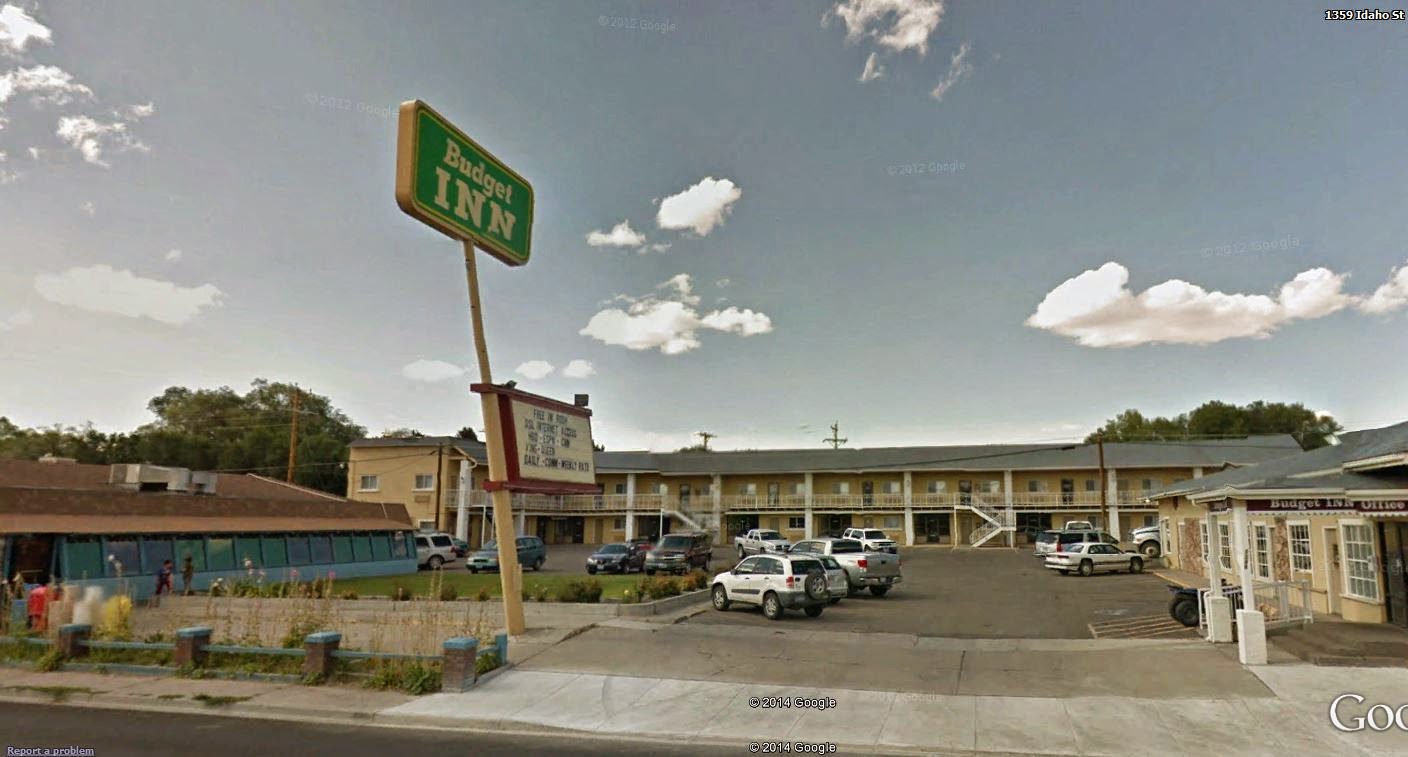 Hahaha...me too! What a fun post! I enjoyed it very much. Have a great day, my friend and Happy Postcard Friendship Friday!